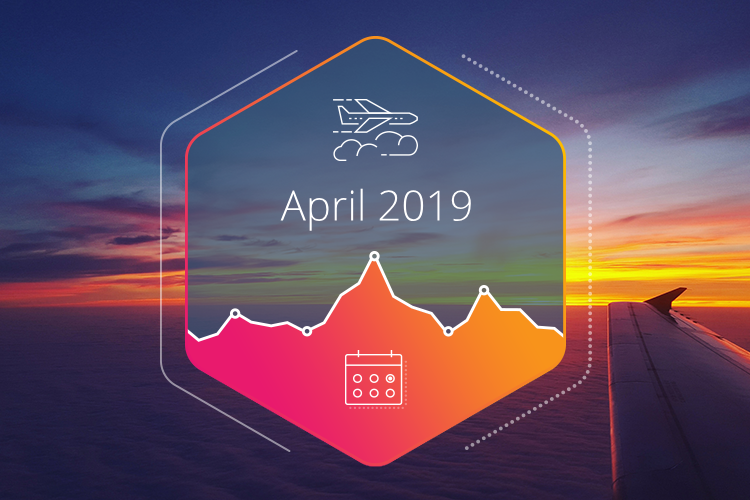 April is almost here with several major events set to impact aviation demand forecasting. Of particular note this month is a huge “perfect storm” in Japan that savvy travellers will be factoring into their plans both domestically and internationally.

We talk about perfect storms a lot at PredictHQ. The ability to see them coming was a huge motivation for our founding team. A perfect storm is when multiple events overlap to create a compounding impact that is much larger than each individual event. These don’t need to be major events, it could be a local sports game, a religious observance and a conference of 25,000 people all happening in the same location.

Predicting perfect storms is almost impossible for anyone who isn’t using PredictHQ. This is because it needs our robust coverage of 16 event categories and our unique ranking tech to identify perfect storms brewing in the distance. Because they’re hard to see coming, they usually result in missed opportunities, overworked teams and unhappy customers.

An annual example of an unusually large perfect storm is coming up in Japan in late April. Known as Golden Week, it’s a national week of four separate holidays at the beginning of cherry blossom season. If each event occurred separately, they would have some impact on demand but combined it creates enormous impact.

Millions of Japanese people will be going to events, visiting family and taking holiday leave. Flight demand increases significantly both before and after the event.

While many tourists will be planning trips to Japan for the cherry blossom season, the event with the widest-spread international travel impact is the Vinitaly festival in Verona, Italy.

The international wine and spirits expo is expecting visitors from 143 countries – more than half the countries in the world (195). The impact of this influx will be felt across the region, with most of the incoming attendees arriving via Milan International.

The following table highlights events that we expect to have a high potential impact on air travel patterns during April 2019:

This is just a sample of some of the major events that will impact aviation demand forecasting and dynamic pricing in April 2019. Be sure to follow this series in our blog for our next travel insights update, and start your conversation with us about our API of demand intelligence.