There are more than 20,000 events globally each month that PredictHQ ranks as significant or major. This enables demand forecasting teams to prioritize their time as they adapt supply chain and plans.

Events don’t need to be massive to offer a multi-million dollar surge that’s hiding in plain sight. Every month, our data science team selects some of the most interesting, including several that might slip under the radar.

Our picks for August include some events with almost a million attendees such as the International Berlin Beer Festival and the US Open Tennis Championship. Both are catalysts for airline bookings, as well as accommodation, travel and retail demand spikes. But we also identified a few smaller events that will cause significant demand surges because so many people fly in for each.

For example, the ESC Congress is the world’s largest and most influential cardiovascular event each year. With around 32,000 people, it could be easy to miss.

But our data reveals airlines can expect at least 30,000 delegates to book from more than 150 countries. Like many large conferences, ESC Congress’s host city changes each year so historical data is not enough. This means airlines need to be preparing for a spike in bookings to Paris rather than Munich (the 2018 venue).

PredictHQ will soon be launching Aviation RankTM, which we have built to understand each event’s potential impact on flight bookings. It is our first industry-specific rank and will provide even more context for smarter demand forecasting. Sign up here to be among the first to try it out.

Be sure to follow this series in our blog for our next travel insights update, and start your conversation with us about our API of demand intelligence here. 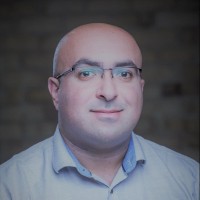 Data Scientist at PredictHQ. Passionate about anything data and knowledge discovery. Lover of travel, soccer, and movies. Follow Ali @AliGazala and here for Linkedin