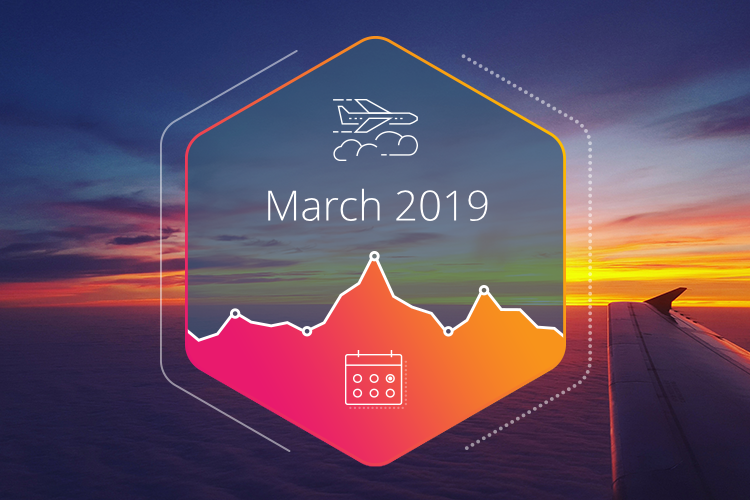 Rio de Janeiro is about to fill with feathers, sequins and two million attendees for its annual Carnival celebrations, but don’t let that take up all your attention, as March will see thousands of dentists to pour into Germany from more than 150 countries.

The International Dental Show will see more than 155,000 dentists congregate in Cologne on 12 March, a city with just over a million inhabitants. This event will create a major impact on the city and travel to it, but it is hard to spot as its attendees are global, so impact on each origin to destination route could be misleadingly small.

Importantly, there is another major event taking place in the North Rhine-Westphalia state at the same time and this will compound the impact of the International Dental Show on flights as well as at Cologne Bonn Airport.

Equitana is the world’s largest equestrian exhibition, with hundreds of events that stretch over nine days. It begins on 9 March in Essen, runs for over a week and will attract more than 200,000 people. With the two cities less than an hour’s drive apart and Essen’s Mülheim Airport only taking chartered flights, the impact will be felt at Cologne Airport, as well as some at Düsseldorf Airport also.

The following table highlights events that we expect to have a high potential impact on air travel patterns during March 2019:

March is never a quiet month for airlines. Beyond the beginning of Spring in Europe and an uptick in inbound tourists, the Christmas and Chinese New Year Holidays are over and everyone is back at work and this makes it an ideal time for large international professional conferences. These are among the hardest event types for airline forecasting teams to manually discover, as they are generally below-the-radar for everyone except their target industries.

One such key work conference is the American Academy of Orthopaedic Surgeons Annual Meeting. More than 30,000 people will be flying into Las Vegas for the event, which changes location every year. In 2018 it was held in New Orleans, so airlines forecasting teams that are not aware of its existence and changing location may anticipate and prepare for a March spike to New Orleans incorrectly, and miss the opportunity to make the most of the influx to Las Vegas.

The above is only a selection of events our airline customers are using to shape their strategies for the coming month. Be sure to follow this series in our blog for our next travel insights update, and start your conversation with us about our API of demand intelligence.