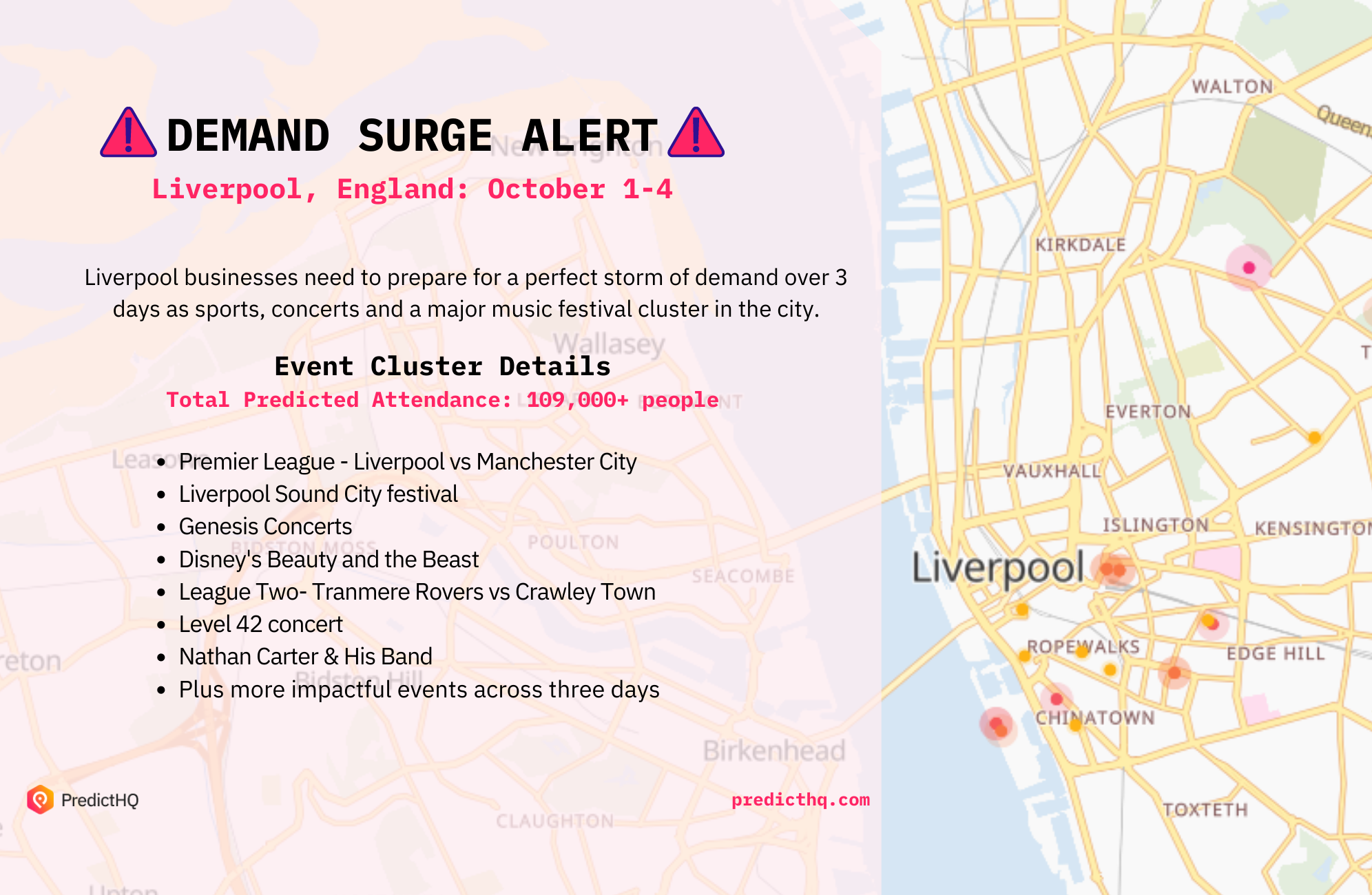 Liverpool businesses need to prepare for a cluster of events that will bring thousands of people into the city as well as out and about over the weekend of October 1 to 4, 2021.

Liverpool's demand surge is anchored by the Liverpool City Sounds Festival, one of the United Kingdom's largest festivals for new music. It is compounded by a Premier League game, but there are 26 impactful events with a total predicted attendance of 109,000 people for this surge.

The upcoming cluster of major events is great news for local businesses such as:

PredictHQ’s systems track and verify events across 19 categories. Below is the combined attendance at events in Liverpool in October, 2021. The demand surge we are exploring today will take place from October 1 to 4.

Some of the more notable events that make up this surge over three days include:

Find out more about pinpointing which events are most impactful for your business here, and how leading companies such as Domino’s Pizza, Uber and Accor Hotels use our data here.