PredictHQ’s company values – how our team culture has evolved 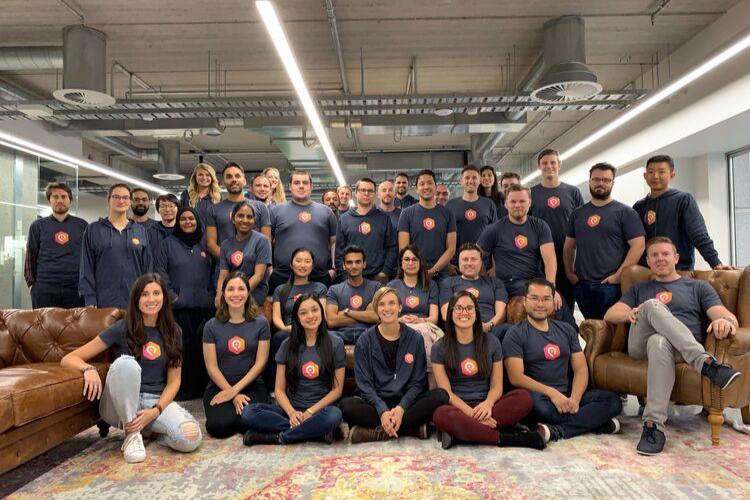 Technology moves quickly and you need to move at the same pace to seize massive opportunities.

And we are always looking for new team members. Even for roles we’re yet to advertise for.

In mid 2019, PredictHQ passed 50 staff. Our US team grew from two people to a team of more than 10. The Auckland team outgrew its office. And we went to hire many more people since then.

But with growth comes challenges – and that’s why it’s so exciting to be part of the people team at a rapidly growing global company. Team structures change; new systems are needed; and entirely new skill sets join a business. There is a healthy tension between how you’ve always done things and blazing our own trail.

At PredictHQ, we know maintaining and evolving our culture is critical to healthy and sustained growth of the company. We describe PredictHQ’s culture as fusing the best of San Francisco’s hyper ambitious ethos powered by New Zealand’s compassion and collaborative vibe.

We are deeply committed to our values – but they’re not set and forget, or never to be changed. In fact, we have evolved them twice considerably over the last few years as our team discussed and lived them. I want to share about these two evolutions, because transparency is one of our core values.

From ten core values to five

We always saw PredictHQ as a bit of an unusual company. Launched in Auckland New Zealand, on the other side of the world from many of our customers, we had to be very focused on building a global business from day one.

So it was going to need clearly articulated values from early on. When we first launched the business, we spent a lot of time talking and thinking about what kind of company we wanted to build. What kind of people did we want to attract and what kind of lives did we want to enable them to live?

We had long conversations about what was important to us, and what we would need to focus on as the business grew. We finally whittled this list down to ten core values.

Many of these values were born from lessons we had learned in our previous roles – both good and bad. For example, one of our leadership team wanted to ensure it was a company-wide value to plunge in and do what needed to be done, regardless of your role. They had worked for a leader previously who refused to do a huge amount of work because it was beneath them or someone else’s problem. That’s why “getting our hands dirty” is such a core value

Another was passionate about making compassion and kindness a core part of the company. This informed a range of values, including one of our more unusual but probably one of the team’s favorites – Family and Friends First.

The Family and Friends First value emerged early on in our discussions as a must-have because several team members had seen former coworkers go through significant life moments that required a lot of attention as well as time away from the office. Family members suffering with cancer, friends struggling, children who were sick or needed extra support for a range of reasons. To us, it doesn’t make sense to ask someone to put their job ahead of their family or friends. Why would they? It’s an unfair demand and a dumb one – people who are engaged and happy in their home and social lives make better business decisions anyway.

We turned these into artworks and adorned our office walls. Our team used the language of our values intentionally in meetings, conversations and feedback. We launched a monthly core values award, where people could nominate team members for excellence in living by our values. It remains one of the best moments of our all-hand meetings.

But ten is a lot. As the company grew, we realised everyone could only recall a handful of the core values. This was especially interesting because everyone remembered slightly different collections of them.

Building a scalable values-based culture is hard. We didn’t want to make it harder. We needed to distill our ten values down to a more manageable number.

To do this, we listened to how our team talked about the values. This helped us understand which values resonated strongly. Our team talked a lot about transparency and collaboration, about people getting their hands dirty, and only needed to say “family first” if they had to leave the office suddenly.

Eventually, we landed on five core values. There were no radical changes, but the team – then about 30 people – felt it better encapsulated who we are and who we commit to being now when the team is 50 people, when we grow to team of 500 people right through to when the company is 5000-people strong.

For the values we took out of the core list, some were folded into descriptions of the remaining ones. Others, such as objectivity, we had already mainstreamed in our decision making processes.

More recently, we updated two of the values again to match how our team was living them and talking about them. We were inspired to do this after recent survey we ran with the team. They shared why they joined PredictHQ and what the most surprising cultural elements were.

Here is some of their feedback:

“Everyone is so nice and easy going and there’s always someone to talk to. It’s exciting to get to work on different things, from delivering data products, writing customer-facing info packs to managing projects. And I appreciate the ability to be flexible and pivot when necessary, making sure we best use our resources and deliver what customers actually want. One of the best features of PredictHQ is the transparency from the senior leadership team.”

“I was surprised at how much there is to accomplish, but how supportive every single member of the team is to assist in helping achieve those goals. Our company has a culture where the expectation isn’t that you will have the answers, but that you’ll put in the effort to fail fast and try again, knowing you’ll be lifted up each time.”

One of our Data Analysts in Auckland:

“It’s a team of people who don’t have an ego working to achieve something special. They’re always on, looking after each other, celebrating the wins and very transparent in company wide communications. It makes you feel like you’re part of something big.”

There were many more great comments both via the survey and in person. For example, we all  noticed when people had to leave early or unexpectedly to pick up their kids or a partner or parent who needed support frequently heard “of course, family first”.

So we updated two of our values to better match how we spoke. These were the Collaboration value, which became Transparency; and the Life is for Living, which became Family & Friends First.

The five core values today reflect our commitment to transparency and to living our values – which means we’ve changed the wording of two values just slightly to better reflect how our team talks and engages with them.

These are only small changes but the process of identifying what matters most and how we truly inhabit those ideas is a key part of PredictHQ building the kind of company we’ve always wanted to work in.

These may only seem like small tweaks now but getting this right is critical in building a culture-obsessed foundation. We want these values to thrive no matter how many thousand people are in the team. We also believe in setting our values early, similar to how Atlassian has maintained and evolved their five core values as they went from a team in one room to offices all over the world.

This isn’t a view just held by the senior leadership. It’s something we all believe in. In fact, from the culture survey, here is Puneet, one of our data analysts in Auckland:

“The best part about joining PredictHQ is its core values. Everybody here strives to learn and work together! This place very well balances the higher level of professionalism and team spirit.”

If these values sound like you and you are looking for a challenging and exciting role, check out